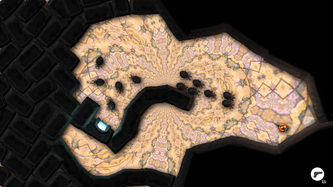 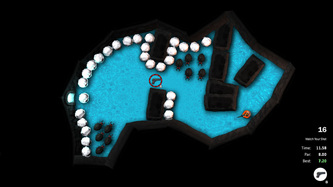 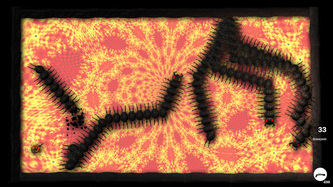 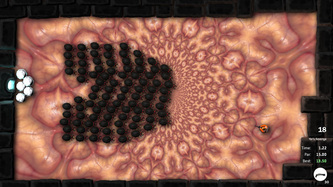 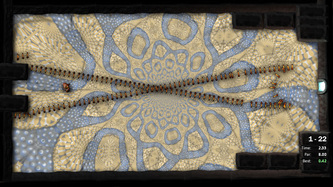 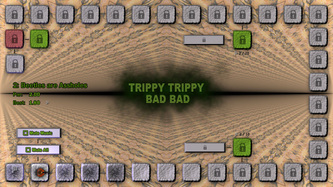 A strange little game I developed on and off over a few months - it's a top-down puzzle-ish shooter with short, challenging levels, large enemy swarms and a psychedelic theme. Featuring ant sacks, pistols, shotguns, beetles, centipedes, pac-man pills and an ever-changing fractal-vomit background.

The original idea was sort of a combination of Gauntlet and Super Meat Boy - I only intended to spend one month on it, but at that point the game was getting some positive feedback from playtesters, so I figured I'd continue with it a bit, add some unlockable rewards and get it into a more polished state. So this is the final result.

IndieGames.com did a post on it as their freeware pick of the day. 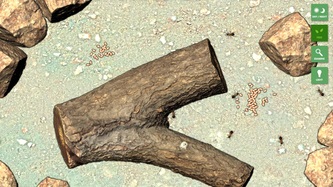 One of my one-month projects - most of the time went into updating the game engine to support normal-mapped 2D lighting, particle systems, sprite animations, and a free-placement editor I can use for future games.

I knew I wouldn't have much time for gameplay, so decided on a not-so-ambitious "play with ants" tech demo that would put the lighting, animation and particle systems stuff through its paces. And let people do nice and/or mean things to ants.

Interested to hear any feedback - if it runs OK, has a good framerate, etc. - and if it changes your deeply held beliefs about ants. 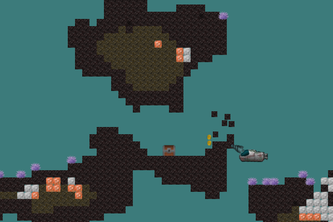 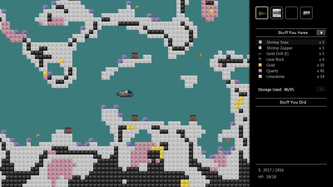 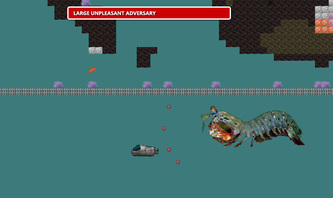 A little prototype game developed over the course of a month - you're a submarine miner attempting to earn $2,816 in the oceanic mining business (why not). It's a bit of an homage to Terraria and Miner Dig Deep, along with some other random influences, and can be completed in about an hour. Since it's a prototype, I didn't put much effort into graphics and sound - hence the visual atrociousness. The gameplay is pretty fun though - worth giving a go. I might consider making it into a full game at some point. 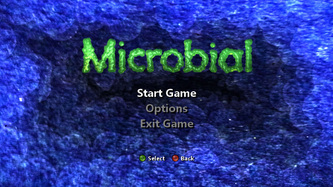 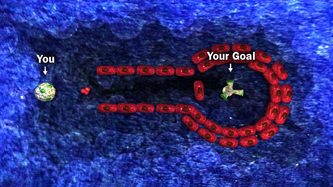 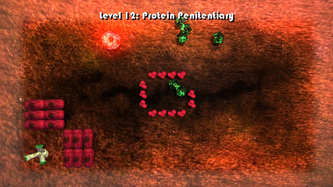 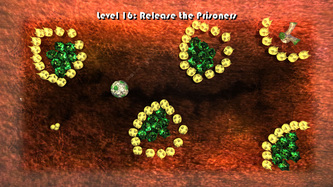 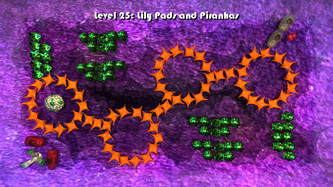 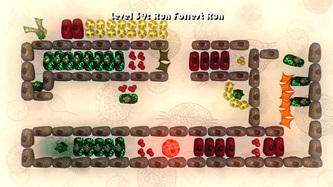 A game I actually finished! Holy crap. It's a puzzle game - you're a white blood cell trying to wipe out a tumor in your host, and to get there you have to navigate through 40 levels of vaguely biological stuff - viruses, polyps, proteins and various other cells.

It started as a 48-hour Ludum Dare competition entry, made over a weekend - the contest version did pretty well in the judging, #81 out of 1072 entries. Over the next 3 weeks or so I pimped out the graphics and interface, and released it on Xbox Live Indie Games.

It's got some pretty big flaws, in retrospect - the early levels rely too much on dexterity, rather than puzzle solving, which I think turned people off (controls on the analog stick are a little touchy - D-pad/arrow keys work better). As you pass level 15 or so, the puzzles get a bit more interesting, but unfortunately most people bowed out before then (I un-wisely put the demo cutoff at 15 levels). More playtesting would have helped. There's a funny, brutal review from Indie Game Girl on it.

In spite of all that, I'm glad to have finished it, and for the most part I like how it came out. 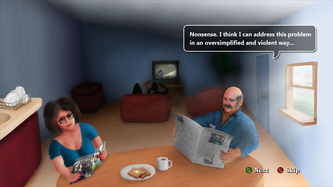 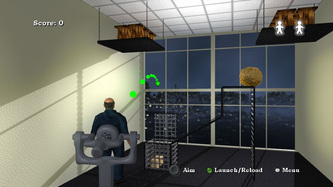 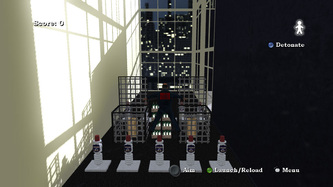 An unfinished puzzle game I decided to pull the plug on - you're Apollo the mechanic, seeking to right the financial system's wrongs by traveling to bank offices and destroying money crates, jamming security alarms, detonating explosive backpacks, and generally causing yourself physical pain.

A little too derivative of Angry Birds, I felt - same basic premise, destroy all the crates (=pigs) with as few lives as possible, with bonus for extra destruction. Plus my development tools were making things take a lot longer than they needed to - I spent 7 or 8 months on it before cutting my losses. Would have taken many more months to get it to a releasable state. I learned a lot of 3D physics, linear algebra and shader programming though, so wasn't a total waste. 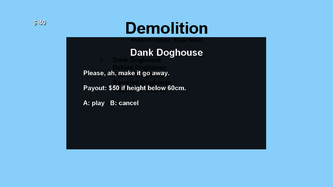 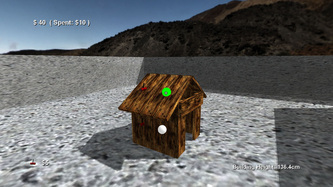 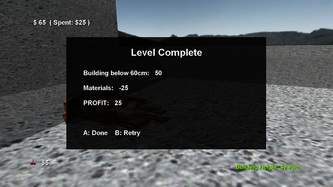 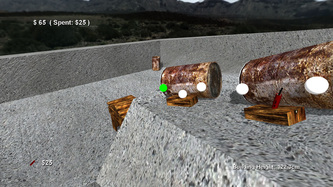 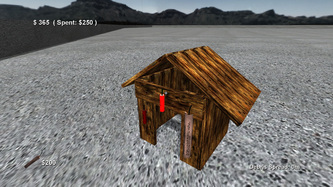 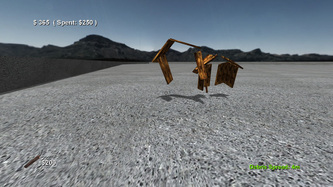 There was this show called "the Detonators" on Discovery that I got into for a while, where demolition contractors wired up old buildings and bridges with explosives and then blew them up, with lots of technical discussions along the way about why they used det cord vs. shape charges, the benefits of TNT vs C4, etc.

I thought, "this'll make a great puzzle game." You'd be a building demolition contractor, with the goal of blowing stuff up as cheaply and efficiently as possible - with the money you make, you can buy bigger explosives, new tools, etc. and be able to land bigger jobs.

So I came up with a prototype. You'd start with the lowliest jobs, like sheds and dog houses - and work your way up to skyscrapers. Unfortunately I never got past doghouses.

The fatal flaw - too unpredictable. The way the pieces fly apart in the physics simulation are pretty random. Beyond some basic logic like "put bombs at the base of the building" there wasn't much you could do to influence the outcome, except trying a bunch of random placements. Not real fun. 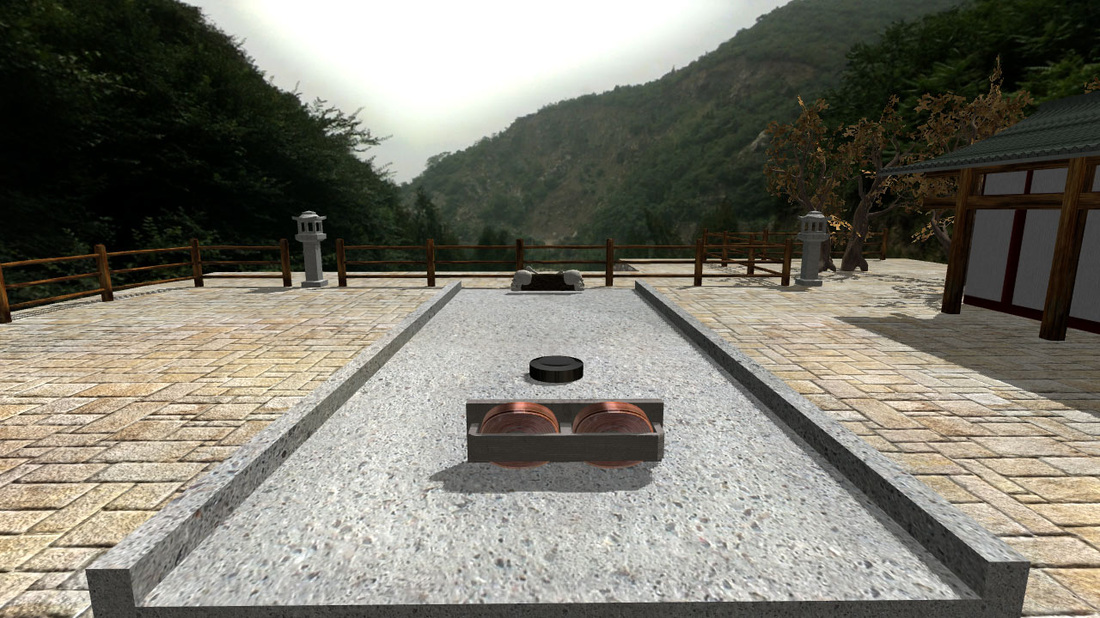 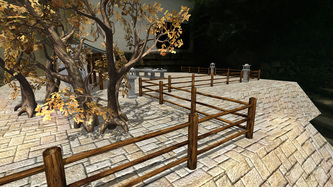 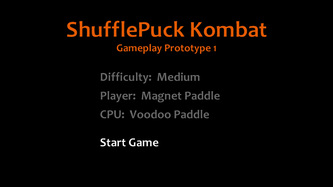 The premise: decrepit geriatric Mortal Kombat characters playing air-hockey in dramatic kung-fu settings. Each would have special moves and abilities, based around their old age and inability to do anything athletic or martial-artsy anymore. Gameplay would be like the old black-and-white Mac game ShufflePuck Cafe, which we used to play in middle school.

Mainly I just wanted to play with shaders - I was drooling at the fancy 3D graphics on the Xbox, and wanted to get under the hood and see how it all worked. I learned a lot in that respect: normal mapping, reflection mapping, HDR light bloom and tone mapping, cascading shadow maps, 3D modeling etc. Luckily I abandoned this one pretty early on.

Quick links to games on this page:

Hey - I'm Luke Rissacher, and I make indie games. And I'm an alcoholic. Oh wait, no I'm not.

All the games on this page are freely downloadable - most of them are small and explore different gameplay mechanics or technologies.

My plan is to start working on a larger project soon to hopefully release on Steam and other digital marketplaces. So stay tuned.